Focus on the collections: A Vision of Britain through Time

We thought we'd like to run a series of blog posts introducing some of the highlights in particular collections that we include in Old Maps Online as we run up to the end of the project funding and receive our final new contributions.

We are starting at home with the map collection from A Vision of Britain through Time. The collection mainly covers Great Britain, although there are a few smaller scale European maps as well. Within the map library the maps are grouped together by their type, which are divided into topographic, boundary and land use, and the collection ranges in date from the early nineteenth Century through to the mid twentieth Century. Particularly points of interest within this map collection include; 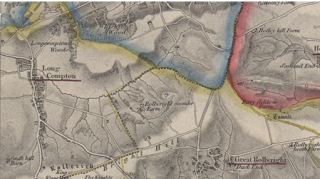