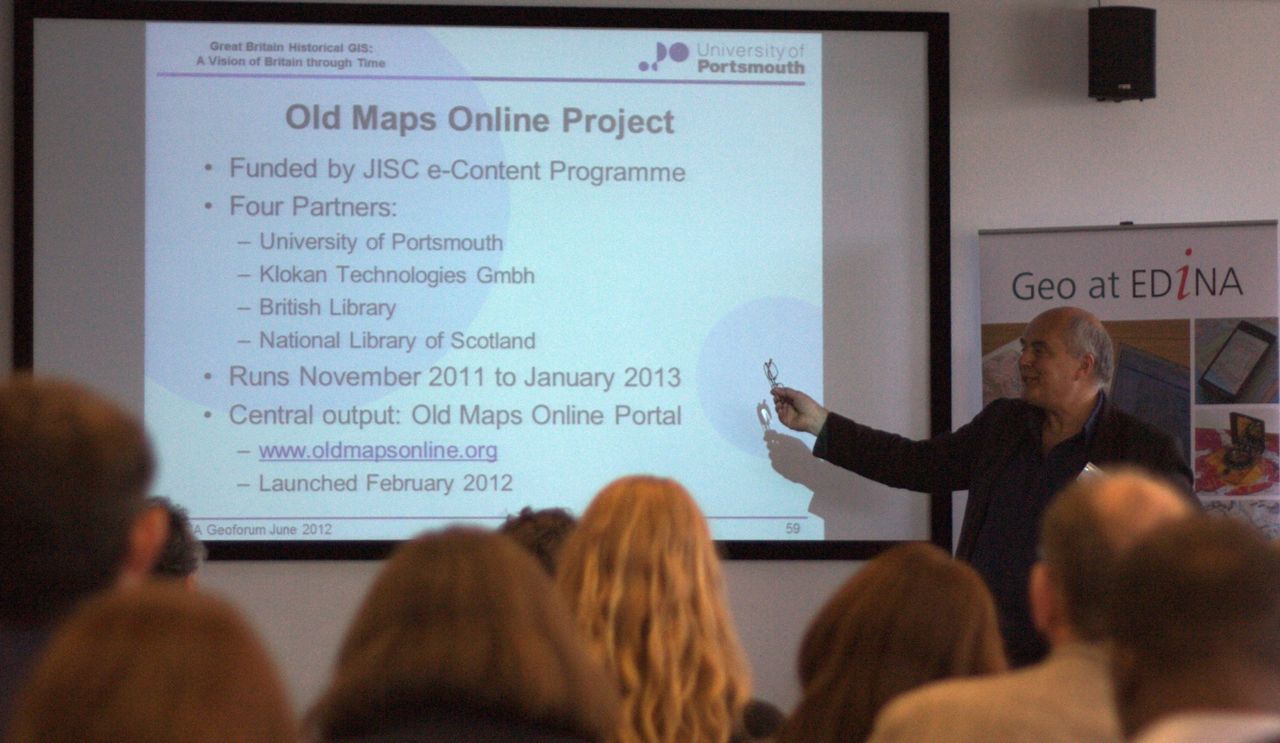 On Wednesday June 20th we exhibited Old Maps Online at EDINA's annual Geoforum event, held this year at the National Railway Museum in York, and gave a short presentation.

Geoforum is mostly about publicising EDINA's own geospatial services, of which Digimap is probably the most heavily used, including Historic Digimap. Enhancements to Digimap were announced, and another of the short presentations was from Landmark Information, who supply the content for Historic Digimap.

Like Old Maps Online, Digimap Historic is also funded by JISC, so why have two separate services?